Look for the reassurance God is giving Joseph after he lost the 116 manuscript pages. 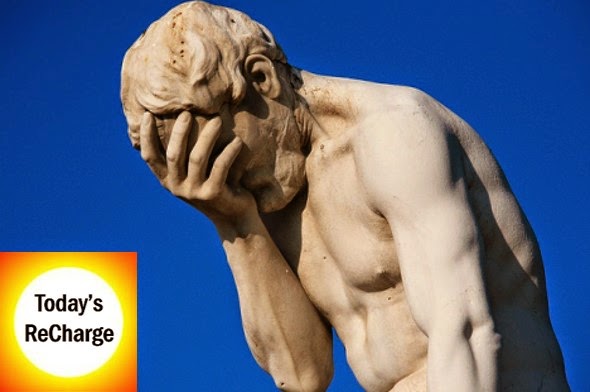 9 Behold, thou art Joseph, and thou wast chosen to do the work of the Lord, but because of transgression, if thou art not aware thou wilt fall.
10 But remember, God is merciful; therefore, repent of that which thou hast done which is contrary to the commandment which I gave you, and thou art still chosen, and art again called to the work;
Doctrine & Covenants 3:9-10

Like Joseph Smith, sometimes we fail in spectacular ways. Here Joseph lost scripture that we still don’t have back today. When it happened, Joseph said, “All is lost!” and Martin Harris said, “I've lost my soul.”  When we fail, Satan will usually move right in and start his lies.  Have you ever heard Satan tell these kinds of lies: “Why try any more? It’s no use. After what you've done, you’re a lost cause. God wouldn't even want you after what you've done. You just aren't good enough. You are just a failure”?
But in these verses, the Lord is saying that he knows each of us by name, and he has given us special things to do with our lives. He also reminds us of His merciful nature, and He won’t give up on us.   Even Joseph had consequences he could not escape for his mistake, but it didn't end Joseph’s purposes in life.

Today’s Takeaway: Next time you mess up (because like the rest of us, you will), refuse to listen to the lies of Satan.  Remember that God knows you and He is merciful and will help you along no matter what.  God never gives up on us –EVER.
Posted by John at 12:30 AM

Get "Today's ReCharge" automatically sent to your email.

A quick powerful thought from the Scriptures to help energize your spirit and mind each day. Nourishment to help you be the man or woman of God you were meant to be. Mostly insights from class each week.